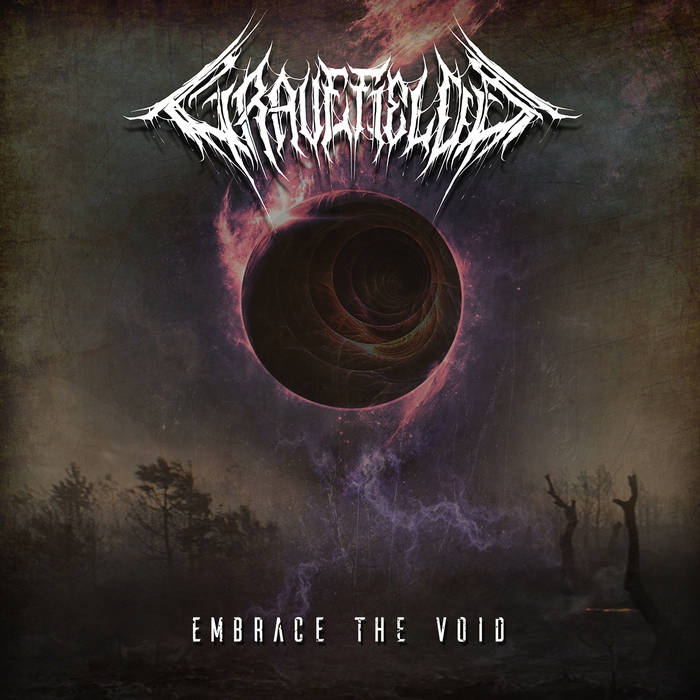 Metallurgical Fire How did I miss this? Sick vocals and unique riffs. Embrace the Void is truly excellent. Voices Above will be in heavy rotation for a while. Amazing song. Favorite track: Voices Above.

"The music continues to morph, combining brute-force heaviness and penetrating despair. Like a whirlwind, the band spin out expulsions of rampant violence and heart-aching grief, flying through rapidly scissoring fretwork and eye-popping drum flurries, skin-splitting shrieks and monstrous growls, neck-wrecking grooves and swirling melodies that ultimately channel an atmosphere of bleak grandeur."
- No Clean Singing
www.nocleansinging.com/2019/05/29/an-ncs-premiere-gravefields-mind-leech/

"As I Embrace the Void, one thing becomes immediately apparent: Nile made some excellent death metal when they wanted to. Amongst the Catacombs of Nephren-Ka? Annihilation of the Wicked? Black Seeds of Vengeance? In Their Darkened Shrines? Ithyphallic? Those were good times. Some of you may not remember those times, but Gravefields remembers and are unafraid to take many a page out of those accursed tomes. In order to prevent pigeonholing themselves into copycat status, the band infuses a subtle line of melody into their thick death metal stew, not unlike a certain Lovecraftian monstrosity many of us fell head over heels for last year. A tried and true combination of blackened rasps and burly roars make up the bulk of the vocals, but like many modern death metal albums released these days, harsh cleans make regular appearances as well."
- Angry Metal Guy
www.angrymetalguy.com/gravefields-embrace-the-void-review/

"Sometimes, a little bit of steamrolling death metal is in order to make it through a tough day. Gravefield’s debut checks off all the boxes in that regard, effectively pulling influences from both the classic and modern eras of death metal, while spicing it up with some shades of even black and grind at points. Tempos switch up on the fly, and there’s a surprisingly strong sense of melody that accompanies each of the tracks and they often hook the listener from the start (“Sulphur Injection”). It’s not too far from the usual death metal tropes, but they manage to keep it interesting and explosive from start to finish."
- Dead Rhetoric
deadrhetoric.com/features/may-2019-rapid-fires/

"Here, the muscular riffage swims the waters of the Nile. Think Skinless. Think Misery Index. Think Necrophagist without all the weedle-deedle-dee bits. Chunky Swedeath stew, with just enough tremolo to wash it all down. This is pure and unadulterated death metal through and through--and yet, melodic undertones abide. For a prime example, look to "Psycoactive Rites," which remains an absolute firecracker of an opener across dozens of listens. And if we're breaking out the highlight reel, "Chemical Rampage" defines the juicy riff-fest we all showed up for. Pardon my fucking french, but holy goddamn shit is this track a bruiser."
- Sleeping Village Reviews
www.sleepingvillagereviews.com/reviews/gravefields-embrace-the-void

"The entire album is a solid campaign of Death Metal with hints of other influences sneaking through. And while the band admits their allegiances lie with early 90’s Death Metal ala Bolt Thrower, Benediction, and Dismember, their output is more akin to bands like Nile, Misery Index, Benighted, and even Behemoth."
- Game, Brrraaains, and a Headbanging Life
www.gbhbl.com/album-review-gravefields-embrace-the-void-redefining-darkness-records/

Bandcamp Daily  your guide to the world of Bandcamp

Benji B talks about his new compilation ‘Deviation Classics’